Eugenijus Barzdžius [æu:geŋ’jʊs bɑrz’dʒus], was born in Šiauliai city, Lithuania. At the moment based in Lithuania.

In 2017 graduated from MA Photography and Urban Cultures at Goldsmiths College, the University of London.

In 2013 graduated from BA at the University of Wales, Newport, U.K., Documentary Photography course, with the prize-winning the final project ‘Harvest of Wetland‘. 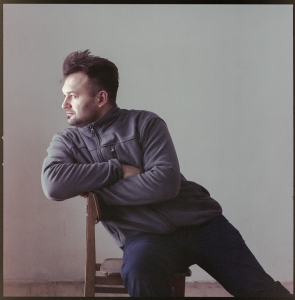 2013 05 28 – The winner of PDN Photo Annual 2013 in the student’s category. The project ‘Harvest of Wetland‘ is also the receiver of the MARTY FORSCHER FELLOWSHIP FUND for outstanding achievements in humanistic photography.

2012 03 28 – One of four photography students from the University of Wales, Newport that won the University’s Reginald Salisbury Travel Award, U.K.

2021 04 - Presented by Kaunas Photo festival for the official program in Usimages 2021 photo festival with the support of the Diaphane association, Photographic center in Hauts-de-France, Creil, France. One minute for one photograph from the series is here.

2017 02 – The member of the jury for the Lithuanian Press Photography 2017 competition.

2016 11 16 – Solo exhibition at the National Library of Lithuania, Vilnius, Lithuania.

2016 11 03 – A selected photograph was screened at Tate Modern together with other finalists of UrbanPhotoFest Open 2016, London, U.K.

2016 05 31 – Participant of a group exhibition ‘Picture This. Approaches to visual research‘ at The Little Gallery, University of Calgary, Canada.

2015 12 22 – The presentation of a printed exhibition catalog at Kaunas Gallery, Kaunas, Lithuania.

2015 11 – Included into the ‘Discoveries‘ section in an annual yearbook published by the Lithuanian Photographers Union.

2015 08 25 – Personal exhibition of the conceptual documentary project, that was executed and exhibited at the bar “Dėvėti“, Vilnius, Lithuania.

2014 04 – Part of the official selection for 2014 Frames at Glasgow International Festival of Visual Art.

2014 01 – E. Barzdžius’ photograph was used for ‘Museum In The Dock‘ book’s hardcover about the Danish Maritime Museum in Helsingør, Denmark.

2013 07 – Selected by Crain Kalman Gallery for Cream: A Graduate Showcase 2013 in Brighton, the U.K. with following exhibitions at the University of Brighton Grand Parade Galleries and at the Brighton Dome.

2003 09 01 – My mail-art works exhibited at Šiauliai art gallery in the collaborated project for artists who have left native town, Lithuania.

2002 05 23 – One of the curators and participants of a group exhibition ‘Kas tau gatvė?‘ at Šiauliai gallery of art, Lithuania.

2001 10 06 – Participated in a group exhibition of Šiauliai city photographers at the Museum of photography, Šiauliai, Lithuania.